The news is all bad. Or is it really?

New Zealand has suffered from one of the lowest productivity rates in any developed country, and if take care to work on our productivity, we can buffer ourselves from a lot of the negative fallout from all of these crises. We can use these challenges to make our businesses stronger and more profitable.

Work smarter, not harder. Be a gardener rather than a farmer.

Take time to work on the business rather than in the business. You may feel that taking a week out of your schedule will be disastrous, but it might actually be the best thing you can do. Step back, and cast an objective eye over every aspect of your business. Be ruthless in culling dead wood and be generous in nurturing the strong shoots.

And if you need help prioritising what to do, give me a call, or send a message - you might be surprised how easy it is.

A Sense of Humour...

I'm pleased to see the Chinese Communist Party has one, with this announcement from the China-Russia summit taking place at the moment: "China Says it Will Work With Russia to Promote Real Democracy"

Meanwhile, in New Zealand, the outrageous actions of the banks continues to disgust. Along with poking their filthy noses into people's personal lives, charging Kiwis more than Australians and sucking billions of dollars out of the economy every year, they also make it extremely difficult for law-abiding citizens to do business.

Despite the setbacks, the wars, the screaming children dying from hunger and preventable disease, despite the people living in cars, or families sending only one child to school in the one uniform, I can't let go of hope.

Even the crushing of hope you worked and paid for in the guise of a Labour Prime Minister failing to address needs and instead propping up the housing market with cheap mortgages and unlimited migration can't completely extinguish the flame of hope in me.

In the dark world we inhabit, some people keep that little spark of hope alive. Whether it's Alexandria Ocasio Cortez standing up to the hypocrites of her own party, Mario Ovsyannikova (see below) standing up to Putin at the cost of her freedom, or Aitzaz Hussein, the 15-year-old boy who gave his life to save many others, there are always people who show that not only does hope live, it's all we have.

There have been a few glimmers lately, and the potential for hope to realised grows stronger with every victory.

Australia not just kicking Morrison's government out, but actually savaging them in WA, blew the spark of hope a little brighter. Even America is fanning the spark, as the Democrats overwhelmingly reject the Pelosi doctrine for newcomers with social conscience in their primaries.

I'm not going to even go as far as Churchill's famous "This isn't the beginning of the end, but it's the end of the beginning" because the spark is still so faint in a world of pain, where food crises grow worse at the exact time supply chains are breaking. What it is, is a sign to the world that unshackled capitalism and the revolting Friedman Doctrine aren't taken as gospel any longer. It's going to take decades, maybe even generations, but neither Mohandas Gandhi nor Martin Luther King Jr believed the fight would be over quickly, and nor do I.

The changes may be forced on humanity as Gaia herself revolts at the damage we've done to the planet as the climate bites the moneyed, with their beachfront views and endless property portfolios, who are walking in gumboots through their ill-gotten gains, but it will come. The irony that change could be driven by the ultimate capitalists, insurance companies, is karmic.

A Hero for our Times

This is what a hero looks like, and she can take her place of honour alongside the other heroes of the Ukraine War - Maria Ovsyannikova.

Maria is a TV editot who is disgusted by the reality of the atrocities Putin is perpetrating on Ukraine.

Faced with her own news program telling lies, she decided to act and took a banner live on air, letting the people know they're being lied to. Her action will probably result in a prison sentence of more than ten years. Think about that for a second - conditions in Russian prisons aren't that flash, and here's a small woman risking that in the name of truth.

Maria Ovsyannikova, I salute you!

Excuse while I ROFL, then LMAO and finally start to calm down to just LOLing...

The worst and dumbest Labour Government in NZ's history has today announced the merger of Radio NZ and TVNZ.

They were one organisation for the entire history of TV, up until 1975, when they were split up by the Labour Government of Bill Rowling. It's like time travel, but with the laughs of Back to the Future. They're going to become a greater digital force is the official line, and that would be great.

The government here aren't just trying to turn back the clock, they're charging the flashy new corporation with an impossible task. Utter stupidity of the highest order.

Outraged enough that I'll bother commenting on it.

No, not Ukraine - that's simple, Putin is a piece of shit who's just shown the world who's really the boss as the toothless west imposes meaningless sanctions while still buying his gas.

Not covid - that's been and almost gone.

But it's not outrageous.

That is so unconscionable it makes me very angry indeed. The New Zealand economy is being treated as a cash cow by Australian banks, and if you don't think that's true, then look at the fact that the bank profits per person is much higher in New Zealand and Australia.

A big thing is being made about supermarkets making a million bucks a day in profit, yet our feeble crowd of clowns that make up our goverment don't call for a Commerce Commission inquiry for banking.

Could that possibly be because they own one of the banks - the much-vaunted Kiwibank. The government refuses to invest money in it, and it's money they'd have repaid exponentially, because banks make profits! (There's no irony in one of the biggest banks, BNZ being one that was sold by the government...) Grant Robertson is a gutless twat - he picks on easy targets and pats himself on the back for doing fuck all. The supermarket final paper does nothing to alleviate that duopoly, and he's done nothing at all to try to break the cartel of Australian banks raping New Zealand.

At least supermarkets contribute to the wider economy - tens or hundreds of thousands of people are employed in supplying supermarkets. What does banking prop up?

Real estate agents - a bunch of over-paid wankers whose delicious self-regulation has been exposed time after time as a hypocritical slapper of wrists with wet bus tickets. 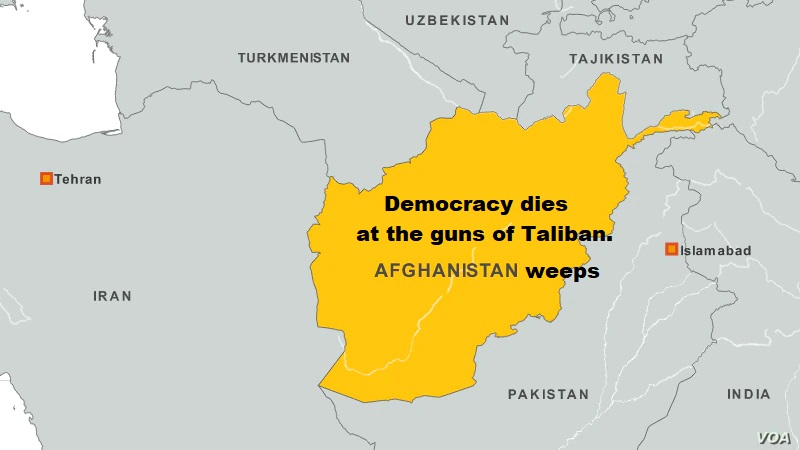 5 August 2021. Time for some facts to whack the scum who are out there promoting antivax messages.

Only old and sick people are dying, or having serious trouble with Covid.

1 - A man in his 40s, described by his sister as the healthiest and fittest guy she knows...

Or knew, since he's now dead of the harmless little 'flu: https://www.stuff.co.nz/world/uk/125973772/he-was-the-fittest-healthiest-person-i-know-uk-fitness-enthusiast-who-rejected-covid19-vaccine-dies-at-42

"It's very sad that a young woman should die from Covid, or from anything for that matter," Doherty said.

"But I think it highlights that particularly this Delta variant that's circulating now is really quite problematic in younger people.

"The message is that young people are at considerable risk and at higher risk than with the earlier variants of Covid.

"Young people shouldn't think they're at no risk or even minimal risks. Because it's going to kill."

Yes, the numbers of people dying are low, but along with those dying, between 10 and 30% of Covid infections will cause long-term, and sometimes life-threatening complications.

Get your vaccine, and shun those who don't.

Whether it's idiot theists demanding their right to not wear masks, crazy Taliban who think vaccines are part of a plot to stop their insanity, to Billy Te Kahika and his pod of morons who somehow think radio waves have anything to do with viruses or vaccines, we seem to be trying to turn the clock back several hundred years.

We live in a complex and occasionally scary world, where we went from flying around the world as we wished, to a deadly pandemic in the space of mere weeks.

An American philosopher names Steven Pinker wrote a book a few years back where he counted up some numbers and said that the world was the safest it's ever been, with the fewest wars and war deaths.

At that point in time, he might have even been right, but since then we have moved on, with the largest number of refugees in human history, and wars in every corner of the planet. From Syria to Chad to Ethiopia to Nigeria and Zimbabwe, Africa is the most dangerous it's been in decades, while in South & Central America we have Venezuela, Colombia and Mexico in the grip of man-made disasters. Even countries not at war are riven by politics to a degree unseen in the past. History has no analogy for Bolsonaro, Trump and Modi - elected populists who manage to fuck everything up and cost hundreds of thousands of lives.

We live at a time where a virus is politicised, a bloody virus! Viruses have no politics, they just do what they do, and the fact that most of the world missed the bus on Covid is a guide that things are not as rosy as old Pinky would have us believe.

I'll be adding to this page, but in the meantime, have a look around the extensive archives.